The best Air Purifier for 2022 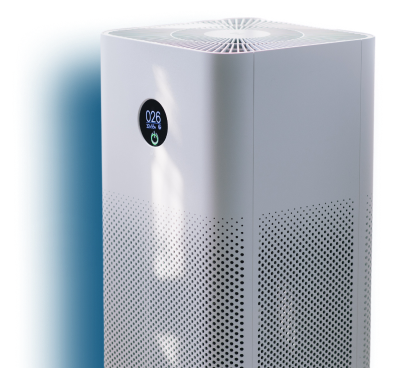 What is Air Purifier and why it's worth paying for it?

Smoke particulates, dust particles, and mold spores are just a few of the harmful particles floating around in the air that could wreak havoc on your respiratory system. An air purifier can help filter out polluted air in your home by capturing the most common airborne allergens – dust, mold, pollen, – and airborne pathogens like Covid- 19 viruses and bacteria.

Air purifiers come in different shapes, sizes, and types. You would need to know all the details and features these devices have to help you pick the right one for your specific needs.

This would require hours of research and you reading through tons of reviews. Worse still, some manufactures hype their products through misleading advertisements just to rip you off your money. 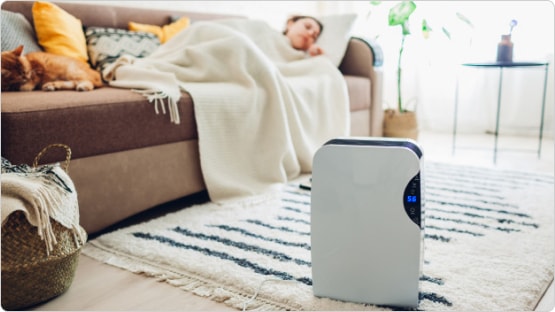 We are here to help. We research, test, and review these products for you, saving you time and money in the process.  We provide unbiased reviews and recommendations that will help you get the right air purifier for your home that will clean your air just fine.

Air purifiers are beneficial devices designed to help you breathe better by cleaning your air of impurities.

What are the different types of air purifiers?

Air purifiers come in all sorts of shapes and sizes and not to forget, types. While they all work to achieve one goal – to clean your air – they do so in different ways, using different technologies. Each technology has its own level of effectiveness so it is best to know how they work so you can pick the right option for your home.

High Efficiency Particulate Air or HEPA is one of the oldest air cleaning technologies available. Typical HEPA air purifiers work by drawing air into the device where it passes through a filter, usually made of fiber-like material in the shape of an accordion. As air passes through the filter, the larger particles of dirt, mold, and bacteria are trapped allowing only clean air to come out through the other side. HEPA filters can clean out 99.97% of particles bigger than 0.3 microns in the air.

Ionic purifiers are advanced cleaning technologies that use ions to clean the air. There are two forms of this purifier technology – ionizers and electrostatic precipitators. Ionizers produce negative ions that attach themselves to particles such as pollen and dust causing them to drop on any solid surface in the room. You can later clean up the particles. Electrostatic precipitators operate in the same way, however, the particles will attach to the positively charged plates in the purifier leaving less cleaning for you to do.

UV air purifiers are more effective at eliminating harmful bacteria, fungi, and viruses in the home than actually cleaning out your air. These purifiers work by drawing in the air in your home and exposing it to a UV lamp that produces UV-C light. The UV light will then break down the chemical bonds formed between the pathogen’s DNA molecules thereby killing them or rendering them inactive.

Activated carbon dates as far back as the early 1900s when it was used to purify water. It was later discovered to be effective for filtering air and ever since, it’s become a common sight in air purifiers. This technology makes use of a porous form of activated carbon in the granular form or as a powdered block to filter air. It is made to be very porous allowing it to absorb a large number of air particles and remove strong odors. It is usually combined with HEPA filters to capture air contaminants, chemicals, and bad odors.

How they can help you? And do Air Purifiers really work?

Air purifiers are designed for one purpose – to remove air contaminants that would trigger allergies and respiratory problems. They are incredibly good at clearing the air of not just airborne allergens but also airborne pathogens. These devices have been proven useful in helping lessen asthma symbols, reduce allergies, and as a bonus, they could improve your sleep.

HEPA air purifiers fitted with Activated Carbon are one of the most popular air purifier types. They offer double purifying action, helping you to clean your air of dust, spores, dust mites, and other contaminants, and also, capture volatile organic compounds, odors, smoke, and chemicals.

What is the best air purifier you can buy today? Start your search here

Molekule generated a buzz with its PECO technology which is said to eliminate molds, bacteria, viruses, and even gaseous chemicals in the air. PECO stands for Photo-Electrochemical Oxidation and it does deliver some good air cleaning power.

This technology is an upgrade of PCO (photocatalytic oxidation) – a common air cleaning technology that has been in use for decades. A Molekule air purifier comes with a PECO mesh filter coated in a catalyst that reacts with Ultraviolet light to oxidize air contaminants and break them down into harmless molecules.

Molekule air purifiers can effectively remove particles as small as 0.1 microns which is many times smaller than the cleaning capacity of standard HEPA filters.

Tests on Molekule air purifiers have shown that can clean up to 99.99% of viruses and other common pollutants in indoor air in less than an hour. They will also eliminate harmful compounds and smells like D-Limonene, Formaldehyde, and smoke

Molekule offers four different models of different capacities and prices. These models come with impressive features whisper-quiet use that won’t bother even the lightest snoozer and ozone-free operation.

Molekule Air Mini – This is the most affordable offer in its product lineup. It comes with a compact pre-filter and the PECO filter and will cover a room of up to 250 square feet. This product costs a whopping $399 to purchase, however, your expenses won’t stop there. You’d still have to replace the filter after 6 months to maintain the effectiveness of the device.

Molekule Air Mini + – This is a step up from the Air Mini. The only extras here are an Auto Protect mode and a particle sensor for more efficient air cleaning. It costs a little more at $499 and would still cover the same space as the Molekule Air Mini.

Molekule Air – This model is simply bigger and better.  It comes with 4 Pre-filters and 2 PECO-filters that will handle a room of up to 600 square feet. Noise levels are near-quiet at 41 decibels. This model costs just $799 with a one-time purchase.

Molekule Air Pro – This is the largest model in Molekule’s inventory. It is designed to clean up indoor air in larger rooms and spaces of up to 1000 sq. ft.  To do so effectively, it features a multi-layer PECO filter, particle sensor, auto-protect, and several other impressive specs. It comes with a hefty price tag of $1199.

Better Air is a worthy mention that will meet your needs for cleaner indoor air. Just like most air purifier brands, it introduces its own form of technology that rivals its competitors.

Better Air prides itself as the inventor of the world’s first indoor air cleaner. Rather than sucking in your contaminated air and passing it through a filter, this brand does the opposite. It will release environmental probiotics that will consume inanimate organic matter such as dust mite matter, pollen, and cockroach matter thereby creating a more healthy and clean environment.

Probiotics are micro-organisms with the ability to clean the air and alleviate allergens and asthmatic reactions. Probiotics are no different from the microflora of bacteria present in your body and necessary for your overall well being. This means they are entirely safe not just for you but also for your pets.

Better Air offers only one product in its inventory – the Biotica800.

The Biotica 800 is basically a white-plastic rectangular unit, no bigger than an inverter or car battery. The design is pretty simple and straight forward. On one end, you will find the control panel with buttons for turning the unit on/off, releasing the probiotics, and setting the 10-hour standby with indicator lights. On the other end is the connection port.

The Biotica 800 can be mounted on a wall for better efficiency. It can effectively clean up a room of up to 800 sq ft creating a protective layer of microflora that will eliminate harmful inorganic matter.

Nuwave Oxypure makes a claim to the air purifier market by offering affordable pricing and an impressive set of features. The OxyPure Smart Air Purifier is its product and for just $599, it will deal with all air-related pathogens, killing 99.00% of harmful air organisms.

The OxyPure Smart Air Purifier is built to work in rooms of up to 1200 sq ft so it can handle most homes with ease.  It packs a handful set of features that will eliminate allergens, odors, bacteria, airborne, and even smoke.

The OxyPure Smart Air Purifier makes use of multi filters to clean your room’s air. First is the stainless-steel pre-filter that gets rid of the main particles, then you have a NuWave OxyPure Air filter, a HEPA/Cabon filter, an Ozone Emission Removal filter, and a Bio-Guard filter. Together, they will get rid of particles as small as 0.09 microns which cover most common indoor air pollutants.

From turbo to a gentle breeze, you can set this device to clean your room’s air just as you want it. The OxyPure Smart Air Purifier offers whisper-quiet operation as all fan speeds

The OxyPure Smart Air Purifier comes with six odor levels that inform you of odor issues in your air allowing you to get rid of them immediately.

Other features included are

How to Choose the best air purifier for you?